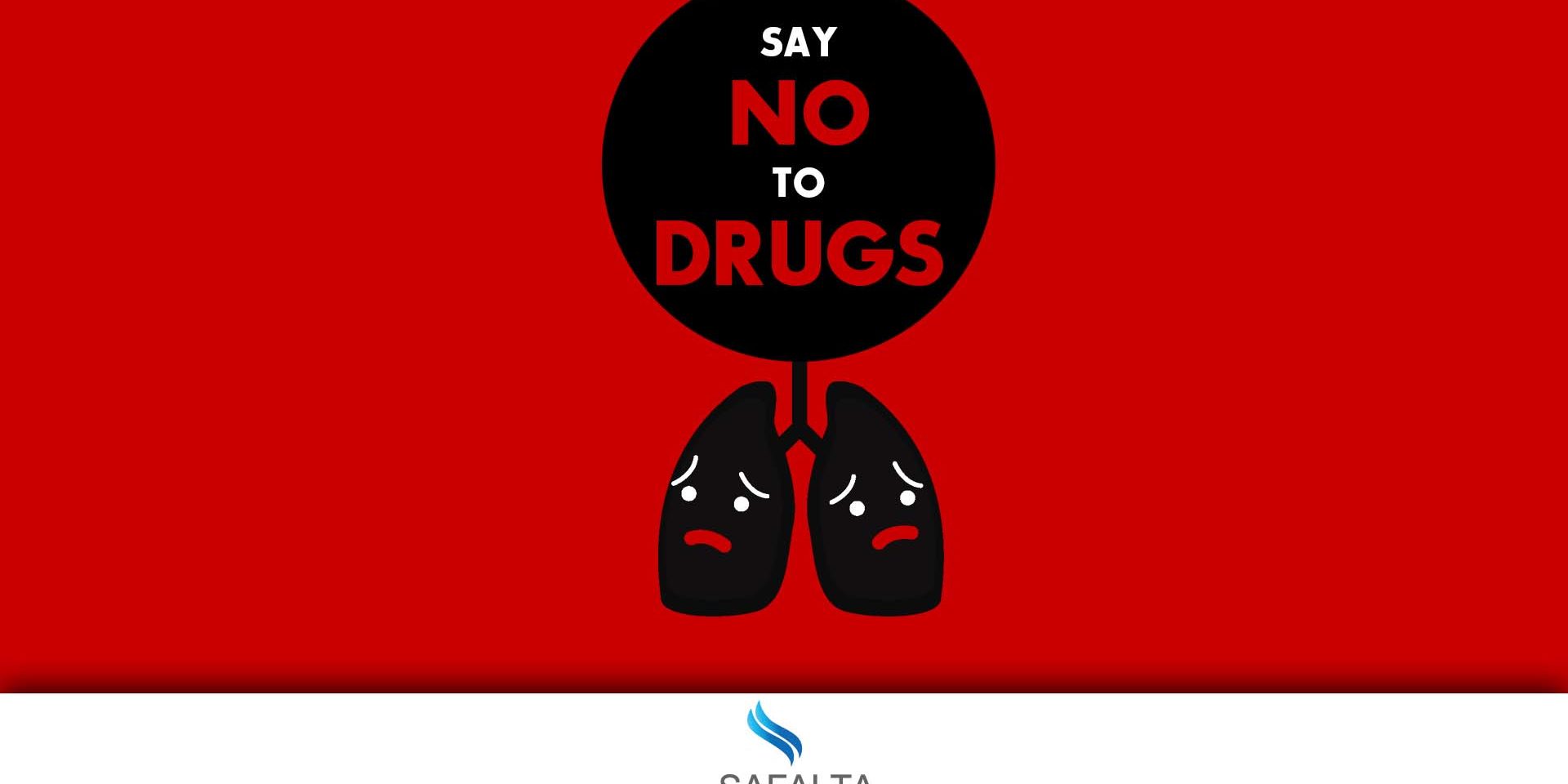 Teenager- young adults, high on life, yearning to conquer the world. Adolescence is that stage of human life – which seeks attention, validation and freedom. It’s probably the most critical stage in the growth of an individual. It’s about making mistakes and then learning from them – when one can either lose their way or find a direction in their lives. Unfortunately, this stage can also lead up youths to an even dangerous direction – drug addiction and abuse.

With a whopping turnover of over $500 billion of drug industry – the situation already sounds messed up with almost 190 million people consuming drugs in the world. India shows a very discerning figure with a mammoth number of 1 million users of heroin – according to a UN report. Punjab is highly affected by the drug consumption of around 75%, But the rest of the cities in India are not lagging behind in the race, Hyderabad, Mumbai are close next. However, Meghalaya and Uttaranchal have shown the most drug consumption.

Heroin and cannabis – are the two most consumed drugs in India among youths. Considered to be giving a mental “high”, these drugs are very popular among youths of India. The use of cocaine has incidentally come down in recent years. But other forms like Charas, Ganja, Malana Cream – which are basically different adulterated and unadulterated forms of cannabis. Alcohol, tobacco and other pharmaceutical Indian drugs like cough syrups – remain some of the regularly abused forms of drugs. Intravenous injections containing narcotic drugs, analgesics and the most famous form of “bhang” – are some of the major types of drugs among Indian youth.

What Causes the Intake?

The intake of these deadly drugs is usually influenced by many socio-economic, geographical, biological, cultural norms coinciding with the society. India has been a country, where there is a lot of pressure from one’s parents and peers. The main cause of the abuse is basically trying to “fit in” with the colleagues and peers. As mentioned above, adolescence is a stage where everyone wants to experiment all the new things. What starts out as a simple “try out” technique – eventually becomes an addiction. The changing lifestyle of today’s people, urbanization and industrialization, disintegration of the families, high affinity to the being more “social” with the people around, peer pressure, depression – all these lead to a high vulnerability of a person’s immunity and willpower. This eventually encourages them to escape the hard realities of life and over dependence on drugs – as their only solution for the survival.

Anything that is taken in too much quantities – can have adverse effects on anyone. Drug addiction is something which can cost your life – even worse, it can make you beg for your death. The effects have proven to be detrimental even to the society. Intravenous drugs and synthetic drugs, which lead to HIV/AIDS has added the most horrendous dimension to the drug abuse. One of the most dangerous effect is the increase in crime rate – the psychological effects of the drug abuse lead them to make some of the most craziest decisions which can cost their or another one’s life. Shortage of drugs lead them to become thieves and they resort to sell out anything they can. Drugs kind of removes the ‘fears” from a person – but the overdose of it can make them incapable of a fair judgement. Clashes between one another, sex crimes, assaults, advances, impulsive murders, emotional imbalances, nervous breakdown, physical incapability – drug abuse damages and destroys a person physically, morally, mentally and emotionally right to the core. This leads to domestic abuse and violence, and financial risks. On a national level, trafficking, illicit money transfers, conspiracy, corruptions – are some of the major deadly effects of drug abuse.

Prevention Is Better Than Cure

Dr. Sanjay Prem, a leading motivational speaker with an ability to deal with the young and adults both – suggests that prevention is always better than cure. And something as serious as drug abuse, prevention is the only way to deal with it. Prevention programs  which involve families and schools – play a major role in preventing this. Most of the abuse in India is usually glorified and romanticized – and which needs to be stopped. The consequences of these are detrimental and NOT positive. The consumption is harmful and in no way, it should be conceived that it’s okay to use them. Only these steps can stop them and prevent others too from indulging in the abuse.

However, those who have already been a victim to this vicious circle – sustained treatment is the way that it can be dealt with. This includes his medical phenomena, psychological needs, wants and pressures he is going through, work related needs and the issues in his personal life regarding the relationships he shares with his family and friends. This session is a combination of medical and behavioral therapies – to make him fight the urge to take drugs and then gradually stop taking it altogether.

How to Have a Positive Attitude Towards Life
January 19, 2018